THE $2 BILLION HOME: Welcome to “Antilia”, The most expensive house on the planet 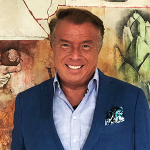 This author does not have any more posts.

in Dubai, where towers are built almost overnight, residents and visitors have grown adept at averting their yes from building sites. But one construction project has caught everyone’s attention: the Museum of the Future, which has emerged over the city’s driverless metro system and on the edge of the financial district.

Vice President and Prime Minister of the UAE, Sheikh Mohammed bin Rashid, announced the plans for a new Museum of the Future, intended to actively showcase futuristic inventions and support the UAE’s mission to be a global innovation engine. The museum’s opening, originally planned for 2020, on time for the very much anticipated World Expo, for obvious reasons had to be pushed to 2021.

The building stands at 77m high and 30,000m2 and can be seen alongside Sheikh Zayed Road, near Emirates Towers.

This is the next project in Dubai Future Foundation, dedicated to exploring the threats and opportunities of our future, and will promote research and innovation for a better future for planet and humanity.

The architectural futuristic shape of the museum as a torus with an elliptical void, but a giant hula hoop might be a more accessible point of reference. Lath Carlson, executive director of the Museum of the Future, prefers to compare it to an eye. “We struggle a bit to describe the building to people who haven’t seen it. There is nothing that quite evokes the shape,” he admist.

Architectural firm Killa Design, which won the design bid for the museum, created the shape. According to the architect, the solid part of the structure represents the knowledge that we have today. The void represents all that we do not yet know – in other words, the future.
The calligraphy and the building’s creative shape have made this one of the most complex design and construction projects ever built. The building resembles an eye looking into the future and the form is due to Feng Shui. According to this doctrine, a round shape stands for the past, present, and future. Furthermore, it can also be equated to fertility and boundless imagination. Probably the most striking feature of the building is the Arabic calligraphy that decorates itself around the building. The calligraphic characters give quotations about the future of Sheikh Mohammed bin Rashed Al Maktoum. While they can be considered art and poetry, calligraphy also serves as functional windows.

The inscriptions, brought to reality by artist Mattar bin Lahej, include this quote on its exterior, from Sheikh Mohammed bin Rashid, Vice President and Ruler of Dubai: “The future belongs to those who can imagine it, design it and execute it… the future does not wait… the future can be designed and built today.”

As well as providing a permanent home for the many innovations, the Museum of the Future claims to work to stimulate and incubate solutions to the challenges of cities of the future. It will bring together researchers, designers, inventors, and financiers under one roof.

The Museum will host a group of innovation labs focusing on health, education, smart cities, energy and transport in addition to a permanent section on future innovations in all fields. It will provide a platform to demonstrate and test the latest inventions from world’s leading tech giants and start-ups, as well as collaborations between companies and leading research institutes and universities.

The Museum also plans to hold scientific conferences and offer courses and workshops on design and innovation covering the latest scientific developments, trends and designs as well as their practical applications.

In addition to science and technology, the museum also focuses on society. The main focus is on how culture will change by the latest technology and its support in everyday life. Therefore, cooperation between humans and robots plays a significant role in the exhibition.

A further topic the museum deals with is climate change. Among other things, the exhibition deals with the following questions: “Which technologies can control the climate change?” and “What will life look like in the future in 35 or even 50 years?

Besides the permanent exhibitions, the museum also offers space for temporary exhibitions dealing with questions concerning the future of our planet.Also, the Museum is much more than a museum: It offers a worldwide contact point for young talents, companies, and people interested in technology. In addition to professional exchange, participants will also find competent support for the implementation of forward-looking ideas.

The building would have been an impossible undertaking without the help of new, sophisticated technologies. The lead consultant on the project, the UK’s BuroHappold Engineering, says it would have been an impossible undertaking without parametric design and Building Information Modelling (Bim). Parametric design is a process based on algorithmic thinking, which allows specific variables or parameters to be manipulated to alter the outcome of an equation. Bim is a three-dimensional model-based technology for construction professionals to collaboratively design and document projects. Although Bim has been around for many years, the industry has been slow to embrace it.

The Museum of the Future aims for a LEED Platinum rating, meaning that it will reach the highest rankings as earth-friendly. The building will be equipped with advanced building control technology, water recycling systems and regenerative drive lifts, while its power needs will be met through photovoltaic solar arrays located offsite. Visitors will be able to charge their electric vehicles while touring the museum and the number of car parking spaces is limited to encourage the use of public transportation.

The museum itself will restrict single use plastic, while alternative proteins and cultured meats are likely to be on the menu. The museum’s exhibitions also will emphasise sustainability. There will be entire floors dedicated to climate change, as well as outer space and the future of healthcare and wellness. The museum will address the effect of global warming on critical ecosystems and how these might be repaired. It will look at how solar energy collection in space and asteroid mining could be used for the benefit of humanity.

Rather than gadgets, the museum is focused on the human story of the future.
A wide range of technologies including augmented reality and virtual reality will be used to project the visitor forward into the future to create an immersive theatre experience.
The Museum of the Future will offer an optimistic view of the future. One floor will showcase the expected near-future gadgets, but the focus will still be on technology that will bring a benefit to humanity, whether by helping to feed the world, meet our water needs or make transportation more sustainable.

The Museum of the Future is hoping to attract more than one million visitors a year, with over 50% coming from outside the United Arab Emirates
Even before opening, Dubai’s Museum of the Future has become a showcase for future technology building design.
In your next trip to the world’s capital of the future and luxury, make definite plans to visit this architectural masterpiece.