SMART PREPARATION TO PROVIDE FOR YOUR LOVED ONES 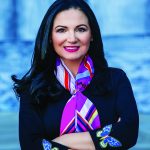 The arrival of the new administration has hit the ground running with great focus on improving the immigration laws. As early as January 20, 2021 President Biden issued various executive orders such extending the Deferred Action for Childhood Arrivals (DACA); Revising Enforcement and Removal Priorities; Reversing the Travel Ban (barring entry to the USA for nationals of certain Muslim countries); and suspending the Migrant Protection Protocol, the program that did nothing to protect the migrants, but instead returned asylum seekers seeking refuge in this country, to Mexico.

On January 22, 2021 the Biden Administration issued an executive order instituting a 100-day stop on deportations. This good news for immigrants was short lived, however, because as the State of Texas sued the Administration, a U.S. District Court for the Southern District of Texas blocked the 100-day ban on deportations, preventing the Department of Homeland Security from implementing the executive order nationally. Yet, the fight goes on and we are hopeful that as the case is being litigated, the courts will render the right decision, halt the deportations, and keep the immigrant families in this country together.

While the President’s Executive Orders are crucial, immigrants and immigration attorneys across the country have been waiting for something more permanent, for a very long time.  President Biden’s comprehensive immigration Bill, the U.S. Citizenship Act of 2021, introduced to Congress on February 18, 2021 did just that. The bill of about 353 pages, aims to “provide an earned path to citizenship, address the root causes of migration and responsibly manage the southern border, and reform the immigrant visa system”.

It is impossible to discuss every point of the lengthy Bill, in this article, but I wanted to mention the crucial points and what this bill means for our immigration community.

One cannot miss the very first paragraph, as the term “alien” is stricken and replaced with the term “non-citizen.”  The term “alien” has been the term used to describe documented and undocumented foreign nationals, for decades, and it is time that this administration changes that. The first paragraph immediately sets the tone for a fair and humanitarian comprehensive immigration bill, and for far more significant changes to follow.

Above all, the Bill provides a pathway to permanent residency and citizenship for certain undocumented individuals physically present in the United States on January 1, 2021. The undocumented individuals (and their spouses and children) can apply for Lawful Prospective Immigrant Status immediately. This status issued for six years will allow the individuals to live and work lawfully in this country, as well as travel and join the armed forces. While the Lawful Prospective Status will be issued for six years, and can be renewed for another six years, it provides a path to permanent residency for such individuals, as they will be eligible for citizenship after five years of maintaining their status (upon meeting other requirements as well).

The Dream Act in this Bill allows recipients of Deferred Action for Childhood Arrivals (DACA), those with Temporary Protective Status (TPS), and agricultural workers (and their spouses and children) to apply for lawful permanent residency immediately after meeting the requirements (physical presence, background checks etc.)  Further, these individuals can apply for citizenship after three years of lawful permanent residency, upon meeting certain eligibility requirements for citizenship as well.

Of importance are the provisions for employment-based immigrant visas. The Bill includes provisions to reduce immigrant visa backlogs, and recapture unused immigrant visa numbers from prior years. It creates a pilot program, that would stimulate economic development and admit up to 10,000 additional immigrants per year whose employment is deemed essential. It also provides for fairness for farm workers and laborers and adds an additional civil penalty for employers who violate federal, State or local labor laws regarding hiring of unauthorized workers.

This Administration understands the need to collaborate with other countries and the strategy for engagement with countries in Central America is remarkable. The Bill aims to understand and address the key factors contributing to the flight of families, unaccompanied noncitizen children, and other individuals from Central America to the U.S. That is why the current Administration is authorizing $1B for each of FY2022 through FY2025 for Engagement in Central America, which will include coordination with those countries and their governments to combat gang violence, crime, abuse etc.

The bill expands the Refugee and Asylum program, establishing safe and secure locations to process refugees and asylees. It provides for the Department of Homeland Security to add additional refugee officers. It also sets policies and guidelines to ensure that CBP and ICE agents receive legal and medical training, ensuring children’s welfare, and maintaining family unity.

As someone who is passionate about the removal defense part of the immigration law, of interest to me is the reform of the immigration courts. This will include adding and training more judges for the Immigration Court and the Board of Immigration Appeals. To ensure court efficiency, this will include the latest technology for court hearings, and most importantly access to legal counsel for migrants, something that has never been done before. Immigration proceedings are considered civil proceedings in nature, and immigrants to date, have never had access to court appointed counsel. So, the majority unable to afford legal counsel would represent themselves. This will remedy the problem and ensure fairness and due process to all immigrants in removal proceedings.

Additionally, the Bill expands Alternatives to Detention programs, by developing community-based programs as an alternative to detention for individuals and their families.

The bill eliminates the horrendous 3-year and 10-year bars of inadmissibility (the bars that prevented immigrants from seeing their own family members for three or ten years or permanently, depending on their circumstance). Further, to Restore Fairness to Adjudications, the Bill provides a new waiver for “humanitarian, family unity and public interest”.  This will help individuals who otherwise would have not qualified under the current existing waivers.

As happy news for immigrants around the World, who otherwise would have no means of immigrating to this country, the Bill also increases the Diversity Lottery Visa Program numbers from 55,000 to 80,000 yearly.

This bill is diverse, inclusive, it tends to keep families together and it prioritizes the most vulnerable of migrants, women and children.

To claim that President Biden’s Comprehensive Immigration Bill is ambitious is an understatement. However, as we know it will have to undergo numerous revisions and amendments, and it must pass the House of Representatives and the Senate as well as be signed by the President to become law. Yet, our hope is greater than before, and the fight on behalf of immigrants across our country goes on.

ITALIAN INFLUENCE ON DESIGN IN HOUSTON